There has been an explosion in NFTs and NFT art over the past year or so, to the point that even mainstream citizens who aren't eyeing their crypto portfolios daily (unlike us regular degens) are aware of NFTs to some extent. Of course, mainstream discourse mostly swings between bemusement and criticism around global warming.

I think NFT art is just the low hanging fruit of the potential that NFTs have. As is often correctly pointed out, there's nothing stopping someone from copying an NFT artwork by minting a new NFT that references it, thereby reducing the scarcity of the actual art itself (and thus devaluing the original NFT). Users may unwittingly end up paying a premium for what's simply a copy of the original. And indeed, 80% of NFTs minted on OpenSea are either fakes, copies or spam. 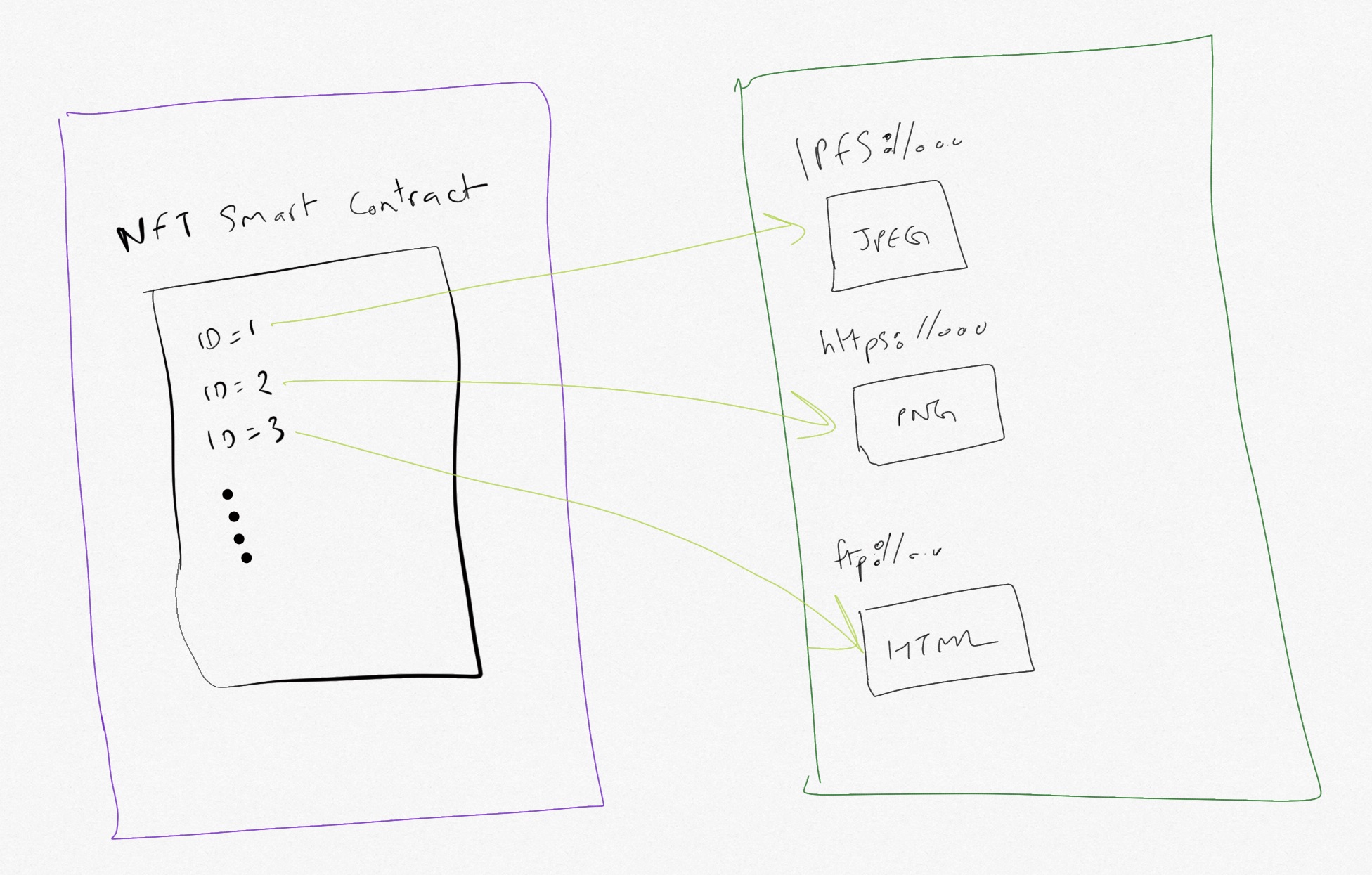 But much more interesting than the art itself is the on-chain representation of it, i.e. the actual NFT (Non-fungible token). The artwork is the off-chain data and thus cannot have its ownership or usage be enforced by blockchain consensus. The on-chain NFT representation can, however, have its ownership and usage be enforced by blockchain consensus. This immediately tells us that to truly guarantee an NFT's scarcity the on-chain aspect must have some utility beyond simply pointing to the off-chain artwork.

And where does this utility come from? The context.

By context I mean the creative space within which the on-chain aspect of an NFT has utility and meaning. This then explains the underlying problem with most NFT art. The context is either very weak or non-existent because the value of the NFT is almost entirely in its off-chain artwork. If I buy an NFT artwork the on-chain aspect has no use except as a record of ownership.

But what about the high floor prices for projects such as Bored Apes, you may ask? This comes purely from speculation based on clever marketing, celebrity endorsements and hype. I believe that eventually these sorts of projects can take on a life of their own in that the price may never crash from its highs. Just like anything, it's valuable as long as people believe it to be valuable.

Projects like Ethercards attempt to alleviate the problem of a lack of meaningful context by finding more utility for their NFTs, e.g. "If you hold an Ethercard OG you gain access to this other project/game, etc". However, the context of the NFT can get diluted with each new integration or partnership. For example, if today holding NFT "X" grants me access to a card game, tomorrow a DeFi liquidity pool, etc then there isn't really a cohesive context for X. And this then dilutes the value proposition of X unless/until X becomes seen as some kind of "super NFT" that is a must have in order to gain access to other cool projects.

So what's an example of NFTs which have a strong context? GameFi aka in-game items represented as NFTs.

For an Imperium Empires or Axie NFT the off-chain artwork is the secondary aspect whereas the on-chain representation is the primary aspect. Even if one were to copy the artwork and mint a new NFT it would be meaningless because it wouldn't exist within the game world, unlike the original. The NFT's primary utility lies with being able to use it within the game metaverse. And copycat NFTs wouldn't be permitted to enter this game metaverse since it's curated.

This brings up an important point - what makes an NFT context strong is curation, i.e. some form of control over what NFTs are permitted to exist within the context. 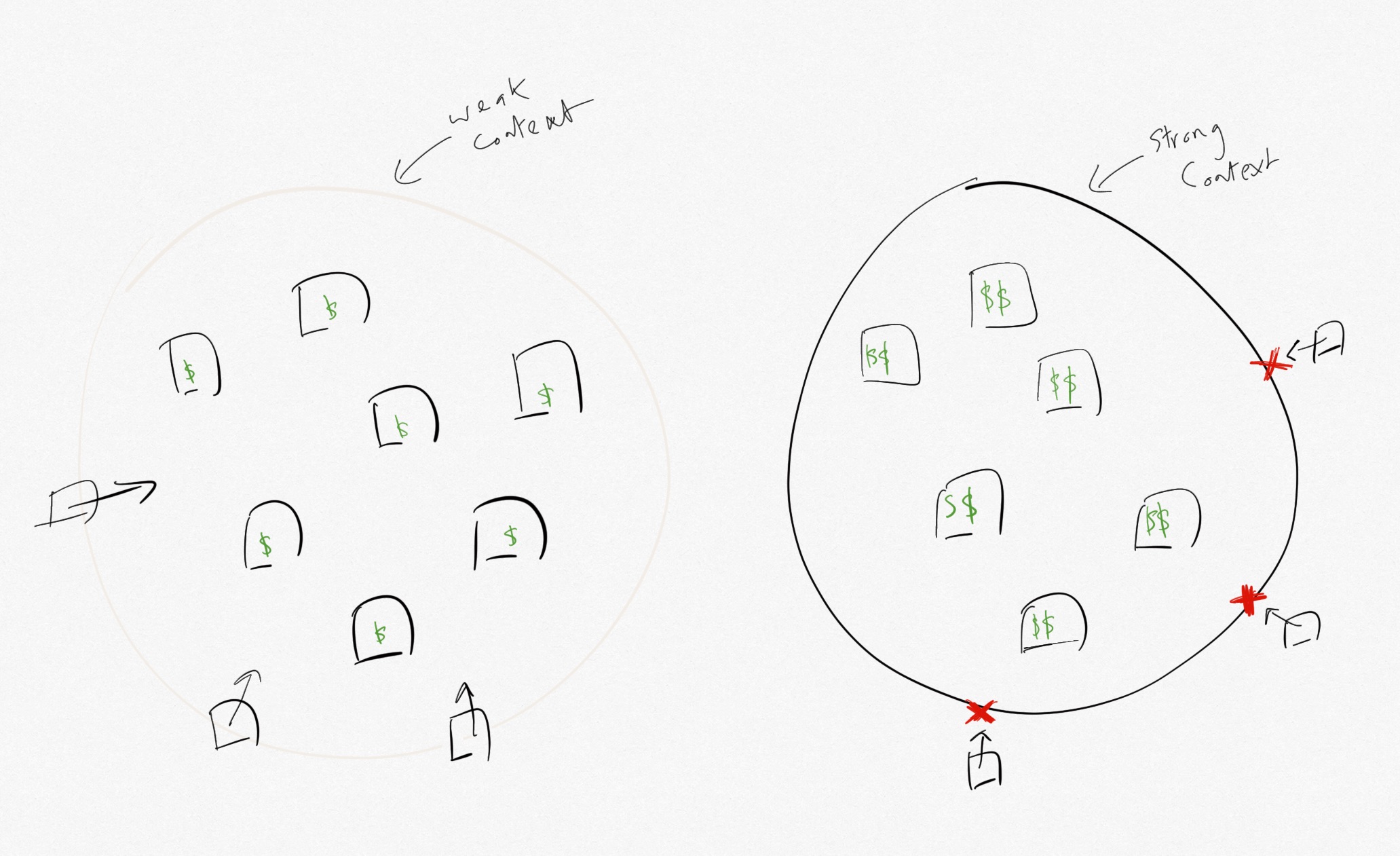 Even pure artwork NFTs can have strong contexts. NFTs sold via Christie's have value because the context (i.e. Christie's) ensures curated scarcity. Their strong brand and presence add to the overall value of the NFT. When you purchase that NFT on the secondary market you're not just buying any old NFT but instead an "NFT originally sold through Christie's".

An additional benefit to having a strong context is that more gamers and increased participantion in the context will have a positive influence on the value of its NFTs (unless the tokenomics are badly designed!). The game metaverse economy as a whole is reflecting of the aggregate value of its NFTs and vice versa.

There are numerous potential use-cases for NFTs that no doubt will be developed in the coming months and years. It is essential for these projects to design and implement strong contexts for their NFTs to maximize their chances for success.

Over time, as NFTs from a one context gain utility in other contexts it is possible to end up with a "universe" of overlapping contexts which could then be thought of as one big meta context within which the majority of NFTs live. This would then incentivize developers of new NFTs to develop for the meta context, adding to the existing universe. The recent purchase of Cryptopunks by BAYC leans towards this direction.